The history of Mlangi dated back in the mid of 18th century when Kyai Nur Iman and his entourage come to settle here.
A Prince of Mataram Dynasty
The King/Sinuhun Amangkurat Jawa was crowned as Mataram Kingdom Ruler to replace his father, Sri Pakubuwono I. The capital of The Kingdom was Kartosuro (Ten km west of Solo). Sunan Amangkurat Jawa had 41 children. The son no 11 became The King of Surakarta Sri Pakubuwono II. The son no 21 became The King of Yogyakarta Kingdom by the name of Sultan Hamengkubuwono I. His no 5 son was R.M. Sandijo, inaugurated as Prince Hanggabehi by Sri Pakubuwono II. Prince Hanggabehi was also the uncle of Sri Mangkunagoro I and Sri Pakualam I.
The youngster R.M Sandijo learned spiritual matters especially the knowledge of Islam to a reputable teacher, Kyai Abdullah Muhsin in East Java. He became then a scholar and established several famous Pesantren in East Java such as in Bangil, Besuki, Ponorogo, Tebu Ireng and Sepanang.
After the division of Mataram into 2 Kingdoms, namely Yogyakarta and Surakarta, R.M Sandijo was asked to return to live in the palace again and he was inaugurated as Prince Hanggabehi. He was free to choose wherever he wanted to live either in Yogya or in Solo.
Deep in his heart, Prince Hanggabehi was not happy with the situation, where his brothers and relatives were quarreling even having wars between themselves. He did not like the tricky involvement and intervention of Dutch colonialists. He was for unity of the country, he favored peace and harmony. The prince, believing in his own wise judgment, had left the palace life, and went out travelling in the country sites to teach people. He resisted colonialism by non collaborative action.
Pesantren Mlangi
Upon the wish of Prince Hanggabehi himself, he was granted in 1757 a piece of land to settle by Sri Sultan Hamengkubuwono I. The Place where the Prince lived was letter on called Mlangi, derived from the word Mulangi (To teach).
As a scholar he changed his name to Kyai Nur Iman. (Nur = Light; Iman - Faith).
His descendants and followers spread over his teaching and established many reputable Islamic Pesantren : in Watucongol (Muntilan), Tegalrejo (Magelang), Asyariah (Wonosobo), Berjan (Purworejo), Bambu Runcing (Parakan) and Secang (Magelang).
Kyai Nur Iman during his life was highly respected by the palace, The Sultans listened to his view.
Nowadays, every 15th of Javanese Month of Suro, a lot of pilgrims from over the country, even from Malaysia come to Mlangi to commemorate this great Ulama (scholar) Kyai Nur Iman - Prince Hanggabehi of Mataram Kingdom. Many dignitaries visit his grave yard and pray in his mosque, which are under administrative supervision of Yogyakarta palace.
(Suryo S. Negoro - joglosemar) 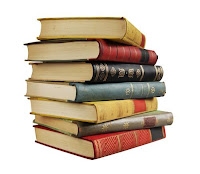